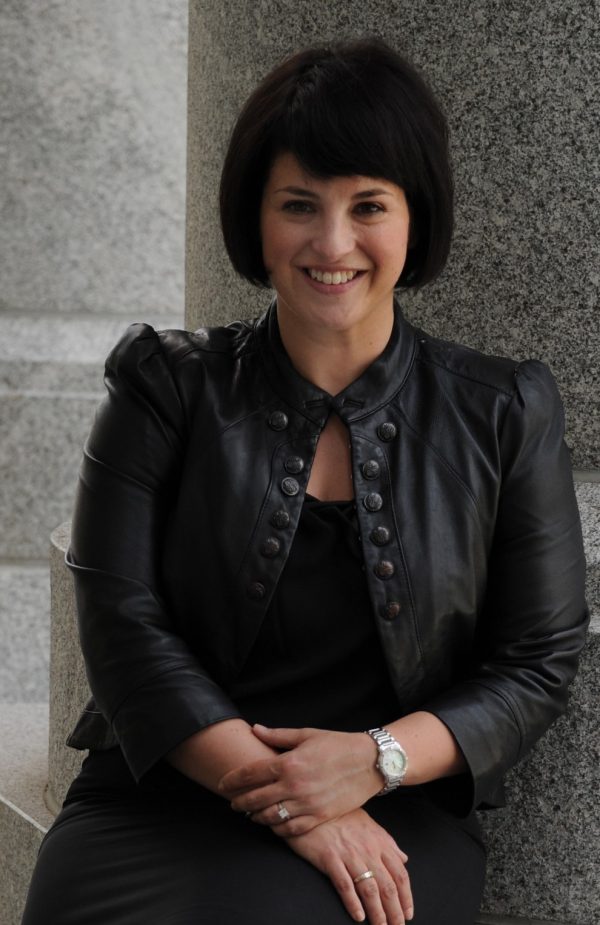 Melissa Michaelis Thompson ’08 was working in her first postgraduate position, as a public defender for the State of Colorado, when she realized that the legal burdens imposed on indigent families in the Rocky Mountain state oftentimes stood too tall for parents to scale alone.

Despite having successes – Thompson was the first attorney in Colorado to successfully challenge (with a colleague) the shackling of children in court without a due process finding – she wanted to do more. Even though Colorado already had one of the best public defender systems in the country, Thompson felt the state inadequately provided parents legal representation in child welfare cases. Observing a case in court, Thompson was horrified to watch one underrepresented parent lose her parental rights.

It was no surprise then, that Thompson quickly interviewed for the positon of Deputy Director at the newly opened Office of the Respondent Parents’ Counsel (ORPC) which Colorado established January 1, 2016 with the purpose of affording impoverished parents who are respondents in dependency and neglect cases the right to free legal counsel. She got the job, and months later was promoted to Executive Director, where she has worked ever since.

Very quickly, Thompson started to prioritize partnering the agency’s lawyers with social workers, an act her data is showing is doubling the reunification rate for families in some counties. Thompson said multidisciplinary parent representation wasn’t happening much before they came along, and they now contract with social workers across the state to help lawyers and families navigate their cases.

Thompson manages a budget of over 20 million dollars and oversees a staff of twelve as well as over 30 social workers and almost 300 lawyers across the state. Thompson often speaks nationally about the important work her agency does and how they further the mission of the agency which is stated on the ORPC website as: “protect the legal rights of parents, preserve family relationships, and provide balanced information in courts”. Thompson is proud of the accomplishments ORPC has achieved so far.

“We’ve changed the administration of legal representation of parents for the better and because of that families are hopefully receiving dignity and fairness in what is otherwise an awful court process.”

Thompson said that she herself knows just how unpleasant and frustrating it can be to be on the other end of poor legal representation. Before considering law school, Thompson was represented in a case and felt that her lawyer had deeply failed her as a client. She entered Wayne Law with the mindset that “someone shouldn’t have to feel that they couldn’t have a lawyer they could trust or who wasn’t the best.”

While at Wayne Law, Thompson interned with the Michigan State Appellate Defender Office (SADO). She sees this a critical moment in her Wayne Law journey and believes her internship and mentor at SADO made her the lawyer she is today. During her time at SADO, Thompson realized the important role lawyers can play in changing systems and fighting for social justice.

She credits her Wayne Law professors, specifically David Moran and Jocelyn Benson, for sparking her interest in criminal law and guiding her career path. Thompson remembers her time at Wayne Law and in the City of Detroit fondly even the time Judge Rosen called on her and she wasn’t paying attention in evidence class.

Thompson was drawn to her work in public defense because she feels that public defenders act as political watchdogs and keep us all safe by being a check on the government. Furthermore, she believes in her clients and their potential, feeling that every client she has ever represented had a powerful story to tell about their life.

When asked about her advice for current law students, Thompson said: “Pursue justice and take evidence!”